I recently came up with the problem where my web API was hosted locally on IIS using self signed certificate.

The same code was working absolutely fine in Production, but for local, it was throwing exception because locally I had installed a self signed IIS Express certificate.

Here is the exception that I received (in full)...

The only help that I got from the exception was from Inner Exception 3: AuthenticationException: The remote certificate is invalid according to the validation procedure.

So, to look into the details, I realized that the Self Signed Certificate from my local IIS is causing the problem. After a bit more googling I came up with this solution.


Notice the #if DEBUG to make sure that the self signed certificate only works in case of local development environment only.

This sorted out the issue as now, I was bypassing the Certificate check using my own delegate.
No comments:

After a long time, I realized that I need to share something with the outer world.

Since we are inside the .Net core world and things are moving fast towards making the .Net 4 and pre .Net 4 obsolete. Let's try something that do not have much on the internet.

I have a .Net 4.5.2 application. I had to create a new console application in the solution to do some scheduling (not windows service, obviously). I went ahead and took the pleasure of doing it .Net Core. The latest version by the time of this writing is .Net core 2.1.

I stumbled upon a series of problems with .Net Core, so I thought it might be helpful for others as well, if I posted about those here...

It was a default error saying...
So, what do I do, I went to Google and tried to find the problem, the first post that I could find was this one by Scott Hanselmann.

But this was not my problem, as this post was related to Nuget Packages, not related to normal assembly reference. After a little more searching I was able to find this StackOverflow Post. which is quite close to my problem.

I only had to modify the CSProj and set the TargetFramework to multiple frameworks as the VS 2017 UI does not allow me to do that... 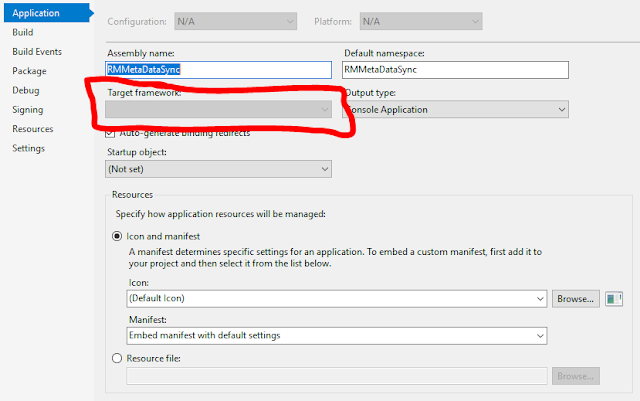 So, I had to go to another editor or unload the project from visual studio and edit the csproj file. But I prefer VS Code, which is super fast to load and very good tool to help with these kind of operations. I would recommend opening both the editors in parallel on a development machine.

Anyways, I had to add to change this tag in the csproj file...

One more thing to care about, you might need to give the specific version of .Net Framework that you are using in other projects, like in above example it is 4.5.2

Along with some other awesome features of VS 2013. One of my favorites is peek definition.

This feature should have been a part of Visual Studio since day one, but since it was not there, no one really asked about it.

So here is how it really works.

In the previous versions of Visual Studio we had to use the "Go to Definition (F12)"  menu option on the right click menu or the context menu to view the code of some other function, but the problem with it was that the current view was updated and the developer had to track back to the previous location using 'CTRL' + '-' key or maybe closing the file in case the function was in another file 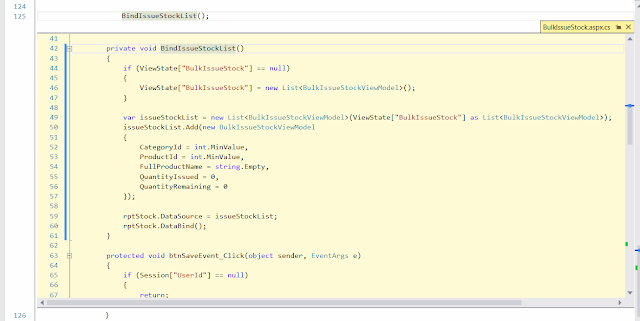 The developer can get rid of that window by simply pressing the "escape" key.

I wanted to shed some light on this, but Mr. Scott Hanselman already did this and out of respect only I am going to share only the link of his blog where he has shared the videos of the new features of Visual Studio .Net 2013.

Here is a link to his blog, which shows top new features in Visual Studio 2013.

Enjoy the videos and enjoy the new features of Visual Studio .Net 2013
No comments:

Today, I want to share a technique that we have to use often in SQL while using with .Net. We have to pass a comma separated string into a Stored Procedure and use it as a table (somehow) to manipulate the results.

Since we had to pass the comma separated string to a stored procedure many times. We created a SQL Function for it and then we only had to call it.

Here is how the code for the T-SQL function looks like...

This function receives a simple comma separated list of IDs and loops over the list and then after inserting all the values into a temporary table. It returns the temporary table